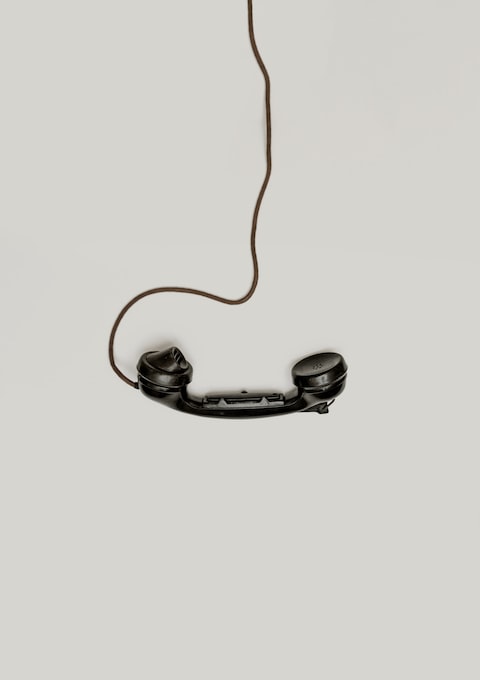 Your Fear Is Calling. Don't Pick Up.

Listen, we know as sure as the grass is green that all great love stories will hit rough patches. But the vicious cycle is this: when things are hard (and sometimes even when they’re not), we let doubt in. And doubts can whisper in our ears again and again until it sounds like something resembling truth. And if we’re not careful, we can mistake these doubts for intuition or gut instinct instead of for what they actually are... fears.

“The mainstream message about anxiety in a relationship clearly reads, ‘Doubt means don’t,’” says Sheryl Paul, an anxiety expert. “But that’s not what people say who are well-versed in the language of fear, those who know how it can sneakily show up in relationships through the back door and masquerade as doubt, anxiety, and numbness."

Focus on the fear too much, and pretty soon the fear is all you’ll see.

For instance, if one of your biggest fears right now is: “your partner isn’t attracted to me anymore” BUT, they hasn’t:

Or, if your biggest fear is: “Things are really hard right now and they’re never going to get easier.” BUT, when you look over your history:

When fears pop up in our minds, we want to do whatever we can to silence them. Not always necessary, say the experts. Instead, be open about your fears and confront them directly. That means telling your partner “I’ve been feeling a lot of anxiety lately because of…” or “This last month has been really hard on me…” And don’t overthink things. Karen Young says “analysis leads to paralysis.” Focus on the fear too much, and pretty soon the fear is all you’ll see.

You can’t always stop anxiety from popping up, but if you face it head on, then it will have no choice but to back down.